Home → Holidays at the lakes

Rest on the lakes in Belarus

Since ancient times, our country is called blue-eyed. And it's not only because of the large and small lakes, which there are more than 10 000 in Belarus, but also about 20 thousand rivers and streams. In a small area of Belarus water bodies are different in origin, depth, clarity and length of treatment. The most unusual and interesting ponds belonging to Braslav Lake District, Pripyat Polesie and Naroch edge.

Some part of country in the North-west of Belarus, which is replete with ponds, is rightly called the Lake District. Crystal-clear lakes in this part have glacial origin, and thus characterized by a large depth and transparency of water. Here in the North, there is a lake Dolgoye, the deepest lake in the country - 53.7 meters. Here is the most expensive jewel in the crown of the Belarusian nature - Braslav lakes. It is a network of more than thirty lakes: a maze of straits, bays, capes and islets, dotted by lakes and connected by streams, rivers, canals, stretching over 300 kilometers.

Polesie in the South of the country is located in the basin of one of the most full-flowing rivers of Belarus - the Pripyat river, and is considered the edge of the river. However Polesie does not yield to the North of Belarus by the number of lakes that owe their crystal clear waters and numerous springs ducts. These lakes are usually small and are particularly prevalent in the basins of the rivers Dnieper, Pripyat and Sozh. Most of these bodies of water are the remains of a huge ancient body of water that once covered the region.

Picturesque landscapes and an abundance of water reservoirs attract attention to the Naroch edge. Few people know, but here is located "Belarusian sea" - so called the largest lake in the country lake Naroch. Windy lake, which is usually calm, turns into a stormy sea with heavy waves lapping on the shore and the shrill cries of gulls.

In addition to the natural lakes of Belarus there are artificial reservoirs, of which there are about 70. The biggest of them - Vileika and Zaslavskoye reservoir or, as it is often called, Minsk Sea.

This abundance of water surface, the pristine nature and the beautiful landscape attracts fans an unforgettable rest on Belarusian lakes. Directly for guests on the banks of the ponds are located Hunter's and fisherman's houses, hotels and resorts with the equipped beaches, playgrounds, arbors, boat stations and rental for all tastes. Everyone can find an option for yourself, guest houses available for those who like to fish, cozy rooms for a family holiday, excellent recreation centers for organized recreation for children and adults.

Braslav Lakes - the largest lake region of Belarus, which is situated on the territory of the National park «Braslav Lakes». It is famous for its landscapes and terrain that are left here by ancient glaciers. Because of glacial processes in the majority of the Braslav Lakes are complex forms. Rugged coastline forms numerous peninsulas, bays and coves, lakes, which are characterized by a large depth and transparency of water. It is home for the relic invertebrates that indicate the purity of water. There are more than 30 fish species, has about 35% of the nesting birds in Belarus. This region has more than 300 large and small lakes of different shapes, square, depth, composition and transparency of water, diversity of flora and fauna, connected by a number of small rivers and streams, which are related to the basin of the river Western Dvina and its left tributary Disna. For its extraordinary beauty they are called «blue necklace» of Belarus.

In the south of Belarus, in the center of the vast lowlands Polesie is a unique geographical area - Pripyat Polesie, which lies on both sides of the Pripyat river. This area is characterized by high wetlands, poorly developed areas and well-preserved natural landscape. These vast territory is called «Belarusian Amazonia». Here is preserved intact natural systems with the rich flora and fauna - marshes, broad floodplain oak forests, deciduous forests.
In the post-glacial period Pripyat Polesie was a huge water basin, which was filled with melted glacial waters. Later it was called «Polisie sea». On medieval maps these places were designated as Gerodotovo Sea because the ancient Greek historian has mentioned in his writings impassable marshy swamps.

Narochansky region - a unique natural treasury and the largest resort region of Belarus, which covers the north-western part of Minsk region and located on the territory of the National Park «Narochansky». It's known for its picturesque landscape, which was formed during the retreat of the Valdai glacier about 15-20 thousand years ago, and due to the abundance of lakes, mineral springs, small rivers and irrigation and drainage canals, which are surrounded by untouched forests with rare species of animals. Because of an abundance of ponds and wetlands it's home to 218 species of birds, among them more than 51 are listed in the Red Book of Belarus. Here are three «champion»-lakes: Naroch - the largest lake in Belarus, Svir - the longest in Belarus and Bolduc - the deepest in the region. Altogether there are 43 different types of lakes belonging to 3 groups: Naroch's, Myadel's and Bolduk's one, better known as Blue Lake.

Prinemansky land - the area of beautiful castles, ancestral estates and fabulous in its beauty lakes. It is located in the northwest of the Republic of Belarus and borders with Lithuania and Poland. This area is characterized by beautiful primeval landscapes and huge number of reservoirs, which are located in the basin of Neman river.
More than a million years ago on the site of Neman existed an ancient river. Later, the area was several times covered with looming from the north Scandinavian glaciers. When they left, because of the ice melting, Prinemanje had become the bottom of extensive «Neman sea». But river revived again and made its way to the Baltic. The last time the Neman sea and retreating glaciers left behind numerous sand dunes and hills that eventually covered with thick forests.

In the central part of Belarus in the basin of river Berezina is located amazing water region - Berezinsky land. Berezina is the longest of the rivers flowing completely through the Belarusian territory. It flows through unique biosphere reserve named after the river Berezinsky. Within the reserve the river takes about 70 tributaries. Besides huge lakes and large rivers, this land is also known for its dense forests and a large variety of animals that inhabited them. More than 35% of the river basin is covered with pine forests, most of which are concentrated in the Berezinsky Biosphere Reserve.
Several centuries ago, on this territory was famous throughout the medieval world the way «from the Vikings to the Greeks». On the site of the ancient way by decree of Emperor Paul I was built Serguchsky canal, which connects Berezina and Western Dvina, and thus - basin of the Black and Baltic Seas.

In Polesie lowlands within the biosphere reserve «Pribuzhskoye Polesie» is located exclusively water area - «Pribuzhsky land». It is located in the basin of the river Western Bug in the southern part of Belarus and is a part of Malorita water-glacial plain. A distinctive feature of the landscape of this amazingly beautiful area is the presence of dunes (sand hills) along the banks of the rivers and lakes, some of which reach a height of up to 25 meters. Forests account for about 60% of the territory and are rich in various species of mushrooms and berries. Water resources of Pribuzhsky land include about 130 lakes, which form Brest group of lakes, a lot of large and small rivers, crystal clear spring creeks and drainage channels. Almost all bodies of water, especially lakes and ponds are nesting and habitat of over 240 species of birds and 40 species of fish. 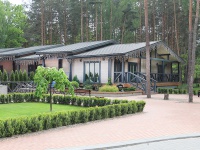 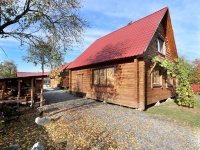 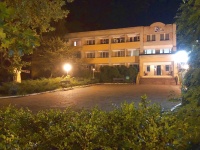 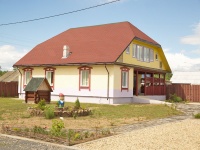 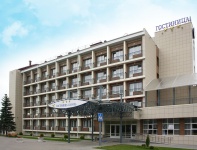 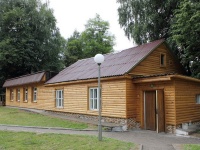 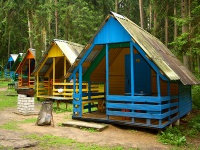 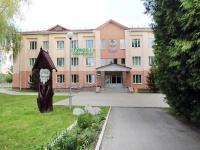 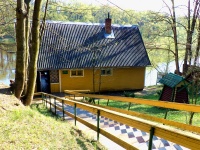 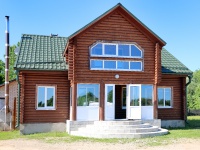 We are in Kontact

We are on Odnoklassniki